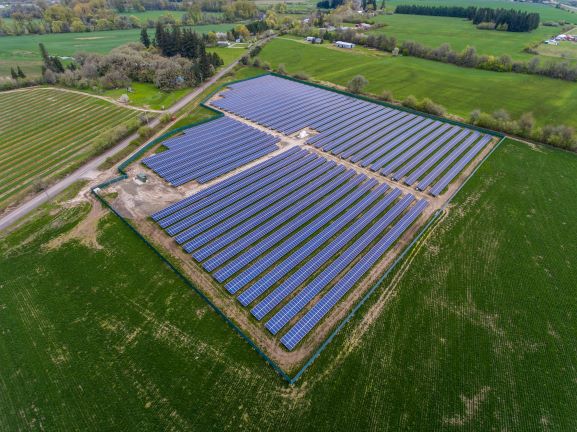 Located in Hopkinton, Rhode Island, this 1 MW community solar project generates over 1,200,000 kWh of clean energy each year. Annually, this project also reduces the amount of carbon dioxide released into the atmosphere as much as 2,244,725 less miles driven from cars, and 1,003,801 pounds of coal avoided. Subscribers to the High Street project are capturing the incredible benefits of community solar and will save approximately $360,000 on their National Grid electricity bills over the life of the project. High Street Solar became operational on January 10, 2020. While this project quickly sold out, be on the lookout for new community solar projects coming online in Rhode Island.

Enjoy benefits for the life of the project

Save each month on your National Grid bill